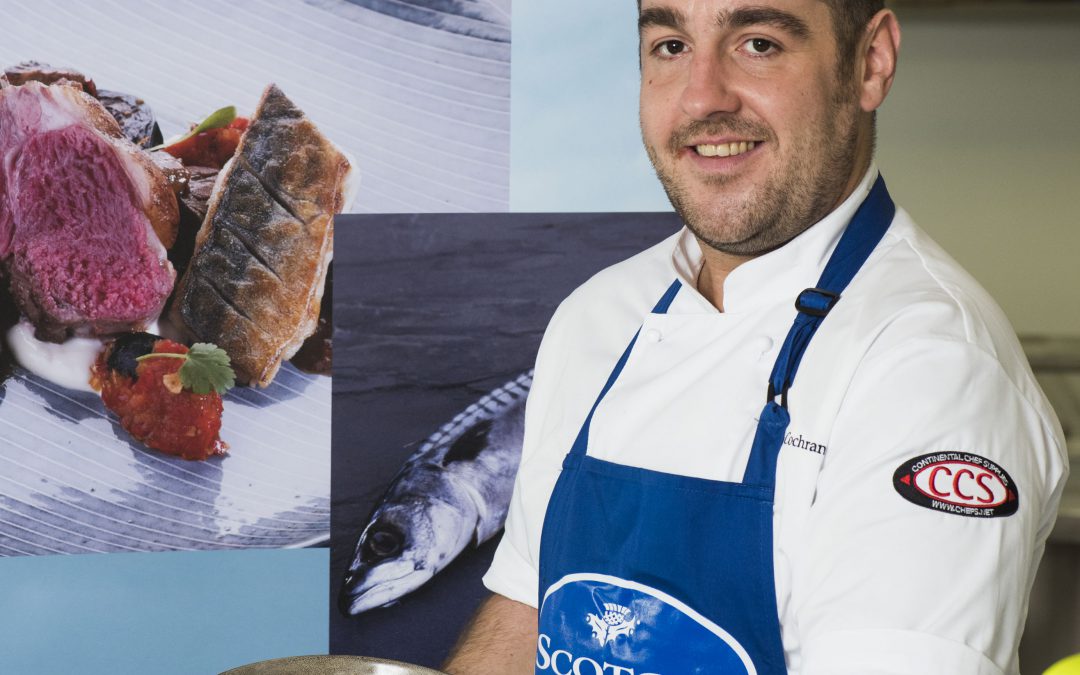 Ross Cochrane, head chef of the Rothesay Rooms in Ballater faced stiff competition when he battled it out against five top chefs in the final cook-off held recently at Fife College.

The competition saw talented chefs design creative dishes which combined two of the top ingredients of Scotland’s outstanding larder – Scotch Lamb PGI and seafood from Scotland.  These dishes were then judged by experienced Scottish chefs and representatives from Seafood Scotland and the National Sheep Association.

He was presented with the prestigious title at the annual Scottish Chef’s Conference where Scotch Beef PGI was served along with other Scottish produce in a street-food style banquet.

“I am absolutely delighted to have won the Scotch Lamb, Surf ‘n’ Turf Chef of the Year 2018 award,” said Chef Cochrane.

“The cook-off went well for me and I was very pleased with how my dishes turned out. It was a privilege to compete against all the guys and I am over the moon to come out on top!”

“The calibre of entries has been outstanding and throughout the competition chefs have really shown off their talent and creative flare.

“It’s fantastic to see top chefs getting excited about using top quality local produce such as Scotch Lamb PGI and Seafood from Scotland. Ross’s dish was truly spectacular and tantalised the taste buds of the renowned judging panel. Many congratulations to him.”

“We are so pleased to be involved in the Scotch Lamb, Surf ‘n’ Turf Chef of the Year competition for its second year running.

“The competition showcases the best of what Scotland has to offer from both land and sea and presents how well these two products can work together.”

BACK TO ALL NEWS ITEMS