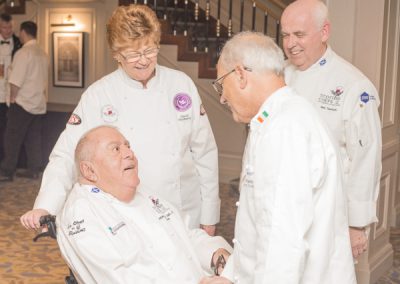 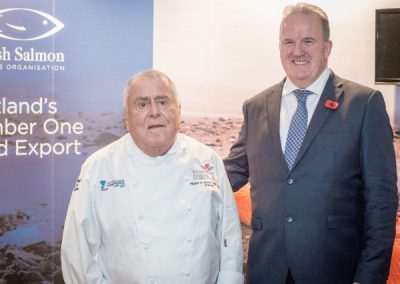 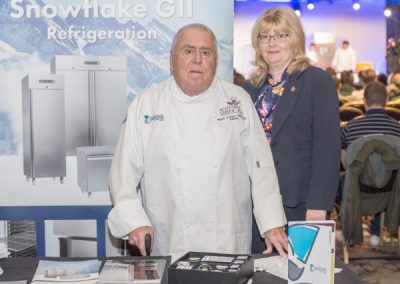 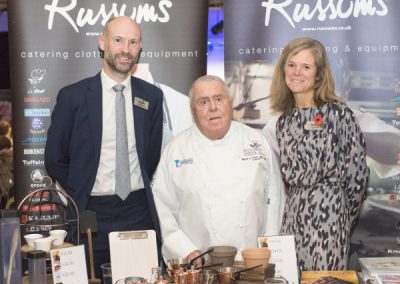 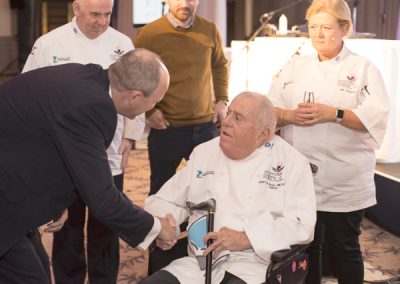 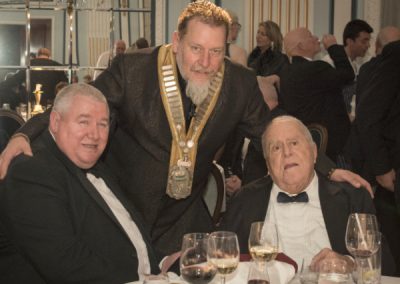 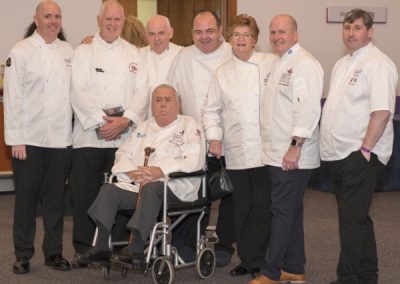 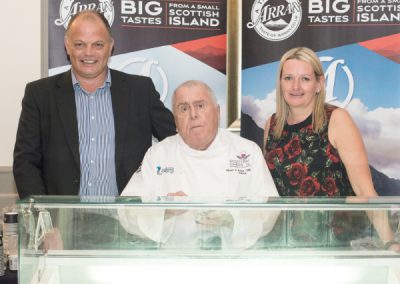 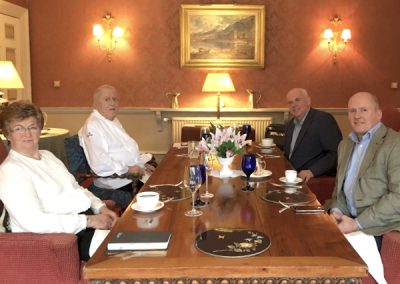 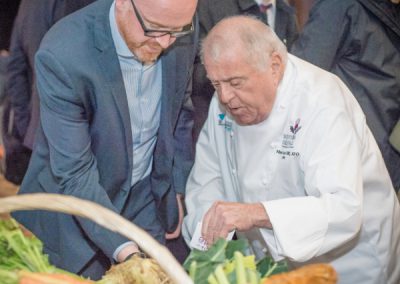 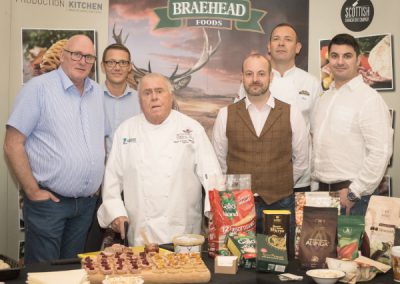 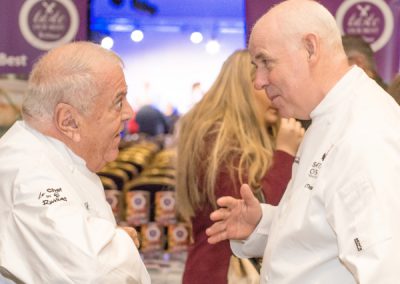 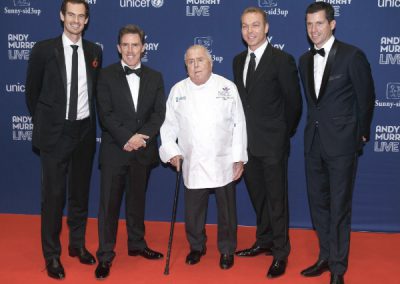 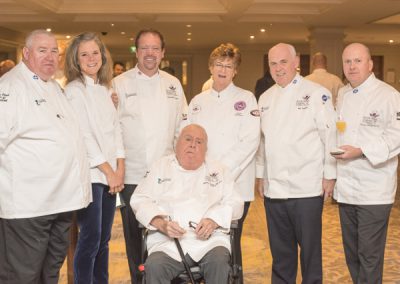 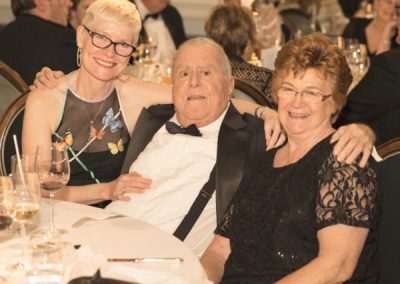 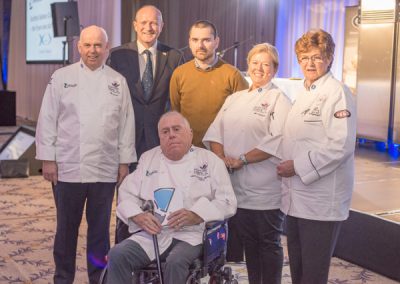 Born in France, son of a Charcutier, Albert Roux initially considered training as a priest however decided that this was not for him and through his father’s influence he decided to train as a chef. After serving his apprenticeship he worked at the French Embassy in London before being called for military service. On completion of this he worked for 8 years as Sous Chef at the British Embassy in Paris before returning to the UK in the early 60s to work as a chef in private houses.

In 1967 together with his brother Michel he opened Le Gavroche in London which was the first restaurant in the UK to be awarded a Michelin Star and subsequently the first to achieve 2 stars and then ultimately 3 stars.

In 1984 he and Michel established the Roux Scholarship the purpose of which was to provide an opportunity to the finest culinary talent in the country helping them to further their careers. Over the years the Roux Scholarship has been responsible for training many of our finest chefs but most notably the first Roux Scholar Andrew Fairlie.

Chef Roux was our first Patron, he committed himself to supporting and helping Scottish Chefs in whatever way he could. He always attended The Scottish Chefs Conference and was a guest at the 25th Anniversary Dinner held at Gleneagles Hotel in 2019.

A particular interest of Chef Roux was the development of the next generation of chefs and he keenly supported the Scottish Culinary Team. Chef Roux took a special interest in the progress of the team and provided assistance through generating income through sponsorship and donations.

Chef Albert Roux is sadly missed by chefs throughout the world, he leaves a wonderful legacy and the connection with the Roux family has been maintained with the acceptance by his son Chef Michel Roux Jnr to succeed his father as Patron of Scottish Chefs.