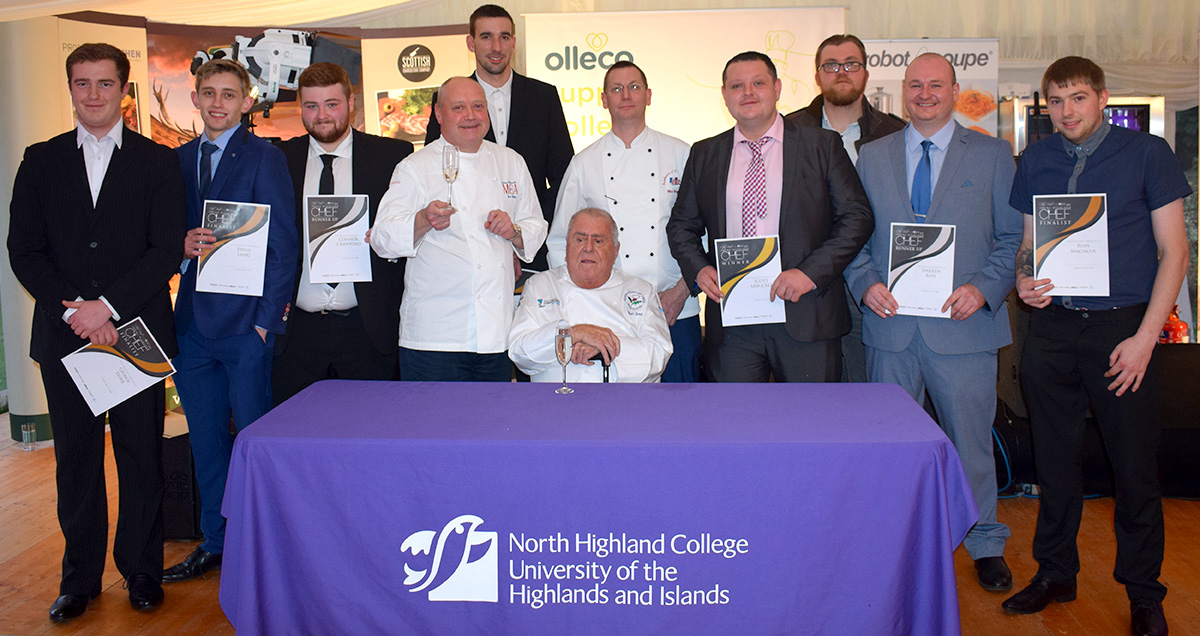 Scott Arbuckle, a chef de partie, from the Lovat Hotel has taken home first place at this year’s Young Highland Chef of the Year competition held at the Burghfield House in Dornoch. Scott impressed the judges with his three-course dinner, which won him the £500 cash prize, £2000 Robot Coupe machine and a week of work experience with Michel Roux JR at Le Gavroche in London.

Pleased with the standard of cooking from this year’s contestants, Glen Watson of the Belfry said, “This year, lived up to our high expectations. Scott was a very clear winner; he really shone throughout the day and cooked really well. It’s been a fantastic day.”

The Young Highland Chef competition, now in its eighth year, is organised by North Highland College UHI and the Albert Roux Consultancy. Entrants aged between 18 and 30 were invited to submit a three-course dinner menu with eggs in the starter, game in the main and a hot soufflé as the sweet.

Excited for the new opportunity that has come his way, Scott said, “I am ecstatic, it was amazing to compete against such a high standard of chefs and a totally overwhelming experience to cook for the chef judges. I am looking forward to the work experience in Le Gavroche, two Michelin starred restaurant – I am going to soak up as much advice and skills that I can.”

As well as having the opportunity to watch contestants in the kitchen, members of the public and local schools enjoyed food demonstrations from Braehead foods, celebrity chefs Michael Smith and Tony Singh MBE and Ros Campbell of Mrs Cups Cakes.

The audience were particularly delighted to share Chef Michael Smith’s exciting news as he announced his restaurant Loch Bay on Skye receiving its first Michelin Star.

Guests, judges and sponsors gathered in the marquee for the evening reception and announcement of awards before enjoying a 5-course taster menu meal prepared and served by North Highland College UHI staff and students.

North Highland College UHI, part of the University of the Highlands and Islands, runs Burghfield House in Dornoch as a training restaurant. The College and University partnership allows students to begin at access level and progress up to degree level.